4 Wheels under an Umbrella aims to expand throughout France 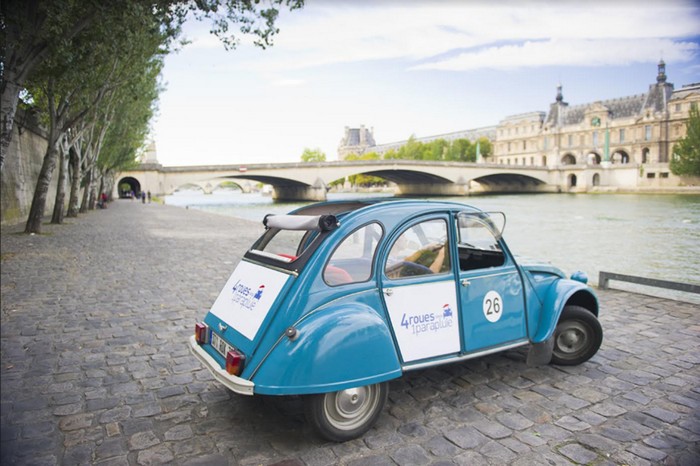 After Paris and Bordeaux, 4 Roues sous un Parapluie is targeting new locations in France, such as the Côte d’Azur, Champagne and Rhône-Alpes.

While Parisians and even Bordeaux residents have already seen its antique 2CVs on the streets, 4 Roues sous un Parapluie has begun a new chapter in its history. Indeed, after 18 years of existence, the events agency was taken over by two passionate engineers, Emmanuel Mounier and Romain Jouhaud, respectively president and general manager. After the capital, 4 Wheels under an Umbrella had established itself in Bordeaux in 2018, the agency offering companies through its discovery rallies to travel through emblematic places such as Saint-Emilion and Blaye, the surrounding wine territories (Medoc, Graves, Entre Deux Mers…), the Arcachon Basin and the Dordogne. ” Gastronomy and wine are obviously the main themes of our tours thanks to partnerships with chateaux offering visits and tastings“, explains Romain Jouhaud. For this, the two young entrepreneurs have a fleet of 46 old vehicles, mainly 2CVs but also a DS. These are distributed between the two cities according to the operations, or even moved in trucks for events requiring more than twenty 2CVs. ” We are thus able to go anywhere in France, according to a customer’s request, as recently in Grenoble. With the possibility of using the vehicles of private owners if necessary

“, he adds. However, this is a rare event, with an average of around ten vehicles mobilized per event.

If 4 Wheels Under an Umbrella operated about 250 events per year before Covid, i.e. almost one per working day, the pandemic has considerably impacted the agency. ” The activity remains 50% lower than in 2019 but we hope for a gradual recovery because companies are looking for original proposals to gather and remotivate their teams, especially in green. The main difficulty remains visibility, with bookings made without anticipation, less than a month before the event,” notes Romain Jouhaud. Optimistic, he is already considering new locations on the Côte d’Azur (Marseille, Nice

, etc.), in Champagne (Reims, Epernay) and in the Rhône-Alpes region (Lyon, Annecy, Grenoble, etc.). The agency hopes to increase its business through partnerships with other event agencies in France and with the upcoming major sporting events, the Rugby World Cup in 2023 and the Summer Olympics in Paris in 2024. If the offer is based today on its former Citroën vehicles, 4 Roues sous un parapluie is also thinking about building up its own brand.kill a small fleet of 4Ls, another automotive icon, this time Renault. ” This would create challenges, with one part of the group completing the rally in a 2CV and the other in a 4L.The participants are immediately drawn to these old vehicles, which provide a leap into the past and a unique driving experience. 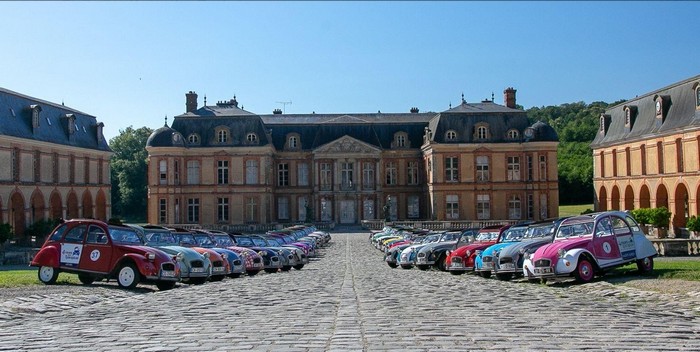 An environmental shift to negotiate

On its roadmap, 4 Wheels Under an Umbrella has also started an environmental shift. After a first 2CV converted to electric in 2015 – losing its characteristic engine noise in the process – the operator is now betting on hydrogen. The autonomy is much better compared to electric,” explains the CEO. Depending on the R&D research underway, we hope to achieve a first transformation by 2025. The rest of the fleet will follow if the test is successful. The ambition is to show that our tourism activities can be sustainable. This is necessary to meet the environmental concerns of companies and their employees. But also to be able to continue to drive in historical centers where low-emission zones (ZFE) will be set up in the future.