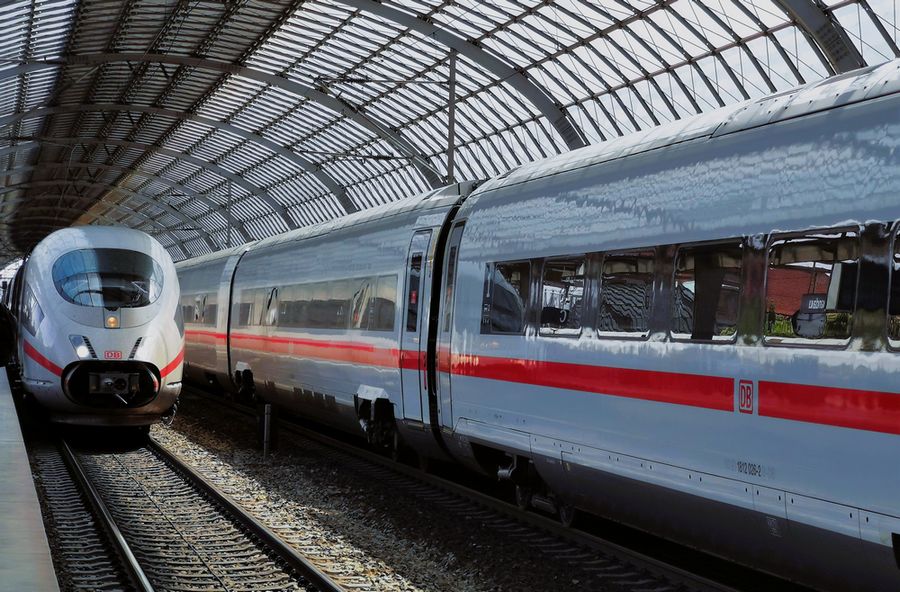 celebration of 15 years of high-speed rail traffic by Deutsche Bahn (DB) and SNCF was marked by a chorus of mutual praise. Launched in 2007, this cooperation has enabled 25 million people to travel between France and Germany.

The rail lines between France and Germany now link Paris to Saarbrücken, Frankfurt, Munich and Stuttgart. As well as from Marseille and Lyon to Frankfurt. A large part of these lines naturally pass through Strasbourg

At the ceremony held in Strasbourg to mark the 15th anniversary, Richard Lutz, Chairman of the Board of Deutsche Bahn, and Jean-Pierre Farandou, President of SNCF, praised the results of this successful Franco-German cooperation.

Our two companies have been working together for 15 years in a unique collaboration, pooling our know-how to offer the best in French and German high-speed rail. In the context of the climate emergency, the train is the mode of transport par excellence and offers the best alternative for business and leisure travel between our two countries

” The high-speed train between Germany and France is an outstanding example of how rail links are advancing international rail transport.I firmly believe in the great potential of the railroads in Europe

The TGV/ICE service currently comprises 12 high-speed connections, including six to Paris-Frankfurt via Forbach or Strasbourg, five to Paris-Strasbourg-Stuttgart, and one to Munich. Finally, Marseille has daily connections to Frankfurt via Lyon and Strasbourg.

In recent years, environmental awareness has reinforced the modal shift to rail. The SNCF reports that by 2021, more than half of the passengers on the Frankfurt-Paris line will be traveling by train. And that this figure is even higher on the Paris-Stuttgart route.

The TGV/ICE lines are particularly well accepted by business travelers, as they offer city-to-city connections. The service offer has been particularly enhanced, with free WIFI throughout the entire route. In 1st class, passengers have the right to international press distribution, catering at the seat, cab reservation or access to the Grand Voyageurs and DB Lounge.

However, the offer has hardly evolved for two or three years. A second daily TGV/ICE link to Munich, for example, is not progressing. This is probably due to the Covid pandemic. And certainly the countless construction projects on the section between Stuttgart and Ulm. This work includes the construction of a new route and a new transit station in Stuttgart. This will reduce the journey time from Paris to Munich from 5.35 hours to just 5 hours.

On the other hand, the two companies announced that they are working on a future Paris-Berlin line that would put the two capitals just over seven hours apart. “This project for a new direct link between the hearts of our two capitals will encourage even more people to take the train,” said DB’s president.

Federal Minister of Transport Volker Wissing emphasized that “our concept of TransEuropExpress 2.0 is about travelling through Germany and Europe by train in an environmentally friendly way. In view of the major challenges posed by climate change, the train must also play a more important role in intra-European transport. The new Berlin-Paris high-speed rail link will provide another attractive alternative to air travel.

The Paris-Berlin route – via Frankfurt, Kassel and Hanover – is scheduled to start at the end of 2023…

Overview of the lifting of health restrictions around the world

How to be a digital nomad: the ultimate guide! –